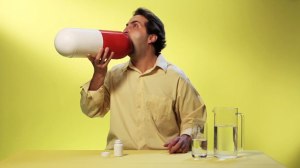 When you’re a child your concept of time is all sorts of wacky, so you have no idea what eight weeks means. When you’re an adult you have a better idea. And when you’re an adult who is having medical problems and you have an eight week screening process to find out about a clinical trial that you hope will help you feel as close to your normal self as possible then you know exactly how long eight weeks is. Even with all that going on, or because of it all, these last eight weeks went by pretty quickly.

When I last left you, I had just learned about the study, I knew it would be a little more than year but that was about it. I went in for the initial consult, I was excited, but also nervous. Despite my constant visits to the doctor’s office, I still find the nerves kick up whenever I go, but usually I get to sit alone with those thoughts and exacerbate them while I wait for the nurse, then again as I wait for the dr. So there’s always that.

This time I wasn’t there to see my regular doctor. I was going to see the doctor who was the head of the trial as well as one of the main nurses, the nurse I would be dealing with mostly during this whole thing. This nurse was young, and quite attractive. Just the type of person I was comfortable talking to about my colon and bowel movements. The conversation topics you find right in the applications on dating websites. Lucky for me pride is not really an issue I have. It helped that she was cool and professional, so this whole process was less awkward than in needed to be.

The whole thing got me questioning the people who go to medical school, and learn about all the different aspects of the body and medicine and different disciplines, then decide that yes the digestive system is the area I want to focus on. All the blood and organs and grossness of the human body are involved, then you add the disgusting results of the digestive tract turning food into waste. Why would you opt for this? Don’t get me wrong, I am grateful people do, but why? That’s the Jon of All Trades pod episode I want to hear.

So I met this nurse and she gave me a brief briefing, then left me to read and sign a nice long packet of intent. It was all your basic agreement forms, consent, waivers yada yada, but very thorough. It let me know what info they would be taking, and what they would do with it and who would see it. I realized as I was reading all of this that I don’t have much of an issue with privacy, at least not as far as HIPPA or whatever. I won’t go around just spouting all my medical shit, but ask me and I’ll tell you. Ultimately it doesn’t matter. But apparently it is an issue for a lot of people and the people in the medical field will make you know that they will not let that information go where it doesn’t need to go. And after they let you know that, they will let you know it again.

After reading all of it and signing my name a bunch I met with the doctor where I was asked a bunch of questions, poked in the abdomen as if I was the Pilsbury Doughboy, and had some blood drawn. All things I was used to with the office visits. So far this was pretty easy.

The visit ended with the final instructions for the screening process. Over the next eight weeks there are a few things that needed to happen. The first, and easiest, was to get a chest x-ray to see if I have tuberculosis. In and out in about ten minutes and I don’t have TB! Double score. The next was a stool sample. I’ve had to do this once before. It’s not fun and it’s weird. This time was worse, despite the better, toilet ready receptacle. I’m not sure why it was worse, maybe because I had more time to think about it and prepare, or maybe because this was the second time in less than a decade I had to give a stool sample; but it really made the day I took care of it have an overall weird vibe. Just go to work and pretend you didn’t make a stop and hand someone Tupperware filled with fecal matter, typical nine to five.

The next part was easy, but it was daily for not just the next eight weeks, but I would have to do it for the entire study. I had to use what they called “Patient Mayo Diary Card.” On these cards I had to keep track of the number of daily stools I produce, as well as how bloody they were. Yeah, a poop journal.

Unrelated to the study, my doctor was still worried about my liver so he ordered an MRI. This was an interesting experience for me. I have never had an MRI before, I had a CT scan when I was in the third grade, but all I remember from that was getting out of school and getting Taco Bell after it where I got a Demolition Man poster.

I went to yet another medical office, and suffered with the same nervous feeling I usually have, but I was in good spirits and ready to go. The MRI-ologist (I really ought to learn the proper job titles for these people) explained the process and everything I would need to do. She said it would take approximately 20-30 minutes, based mostly on my ability to follow breathing instructions. No problem, I can take a breath and hold it when asked to.

I was strapped in, and fed into the MRI machine. I was into the second cycle of breathing, what I was told was the longest breath-hold of the process, when I started to feel as though I was going to pass out. That was when I also learned that I do in fact suffer from claustrophobia. The direction follower that I was, I slowly let that breath out then proceeded to freak the fuck out and yelled that I wanted out and pressed the panic button. The MRI-ologist got me out of the machine quickly and did her best to assure me that it was normal. I sat there shaking for a bit and found no comfort in her words. I then got dressed, went to my car, and cried. I was upset that I couldn’t handle the MRI, I was scared that I didn’t know what was going on with my health and that we may not know, and I was embarrassed about everything. All of these mixed and finally exploded into tears in the parking lot of medical office buildings.

Once I composed myself I called my doctor and explained what happened. He was keen on me getting an MRI so my option now was an open MRI. Basically it’s the same but the machine isn’t quite so enclosed. Amazing that MRI technology doesn’t seem to be on advancing like other technologies. Where is the MRI app on my phone? Here’s the thing about open MRIs, not a lot of them around, and even fewer in my insurance network. I had to drive an hour each way to get it done.

An hour drive to do something that I was a bit afraid to do. That calls for a new music mix for the trip! I finished my Spring ’14 mix, listened to it on the way up, and I was so happy with its calming power. More on that mix later. I was determined to not be such a pansy this time. I was doing my best to stay relaxed, I was cracking jokes with the nurse and while the first MRI-ologist was good, this nurse was amazing. I explained my apparent phobia and earlier freak out and she was sympathetic to all of it. This MRI went off mostly without a hitch. I was still tense and not at ease the entire time, but there are two things that I think really helped. One was the sleep mask they gave me to use. Who knew that a simple piece of cloth would be so incredible? The other thing that helped was for some reason the MRI-ologist made me think of Dr. Curt Connors from the Spider-Man comics. So I let my mind wander with that. I pretended I was helping him figure out how to regrow lost limbs, and soon I would have radioactive powers that would force me to battle Spidey, or team with Spidey to stop the Lizard’s rampage.

Afterwards I wasn’t shaking; I got dressed, went to my car and I didn’t cry! The kind of accomplishments most 31 year olds have. I got on the highway and headed home. My doctor called me before I had even reached my apartment. MRI results come quick! The good news was it didn’t show anything of concern. The bad news was the spike in the liver blood test still wasn’t explained. He ordered another blood test which would eventually show that the spike was down and almost back to normal levels. So we don’t know what happened, but it passed so we’ll leave it at that for now and deal with more pressing issues.

Now back to the study screening. There was one last key element that had to be done for the study. Everything else was looking good as far as me being a candidate to participate. I just had to have a colonoscopy. I was less anxious about this one than the one I was supposed to have a few months ago. And really there’s not much to say here that I didn’t say when I wrote about it for Cru Jones Society, except the anesthesia was better. When I came to I thought the anesthesiologist (hey I know one proper title!) was my friend Jamie. I said, “Jamie, you came! Give me a hug!” The anesthesiologist wouldn’t hug me. These people stuck a camera in my butt and I was the one who made things weird.

The best news was there was no cancer or other new diseases. The good news, I guess we’ll call it that, was my colitis wasn’t that bad. It actually looked pretty good, as far as colitis goes. The bad news, as I would find out about a week later, was that it looked a little too good and I didn’t qualify for the study. Well shit. This was disappointing because I was looking forward to being a guinea pig, even if it did involve keeping a poop journal and other gross things. But also I wanted to know what the shit was causing all these problems and how do I get better.

So now I’m back to square one. Well, not quite square one because we got a nice look at my colon and an idea where to go. For those interested, I do have the pictures. Contact me and I will be sure to end whatever relationship we have, because you are a weirdo. I saw my doctor a couple days ago and we’re trying different drug. Not the one from the study, but something other than what I’m taking. I’ve only been on it a day now, so I can’t really say if it’s better or not, but things aren’t worse. I have a new sense of optimism, and that’s got to count for something. So I’ll pop these pills and hope for the best.

One thought on “I Want a New Drug – Part II”