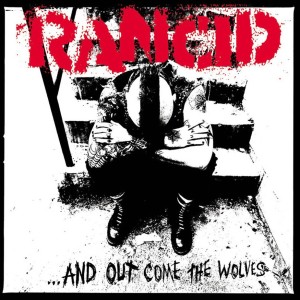 In “Seeking a Friend for the End of the World” with impending doom, Keira Knightly’s character grabs several records before fleeing her home with the hopes of listening to them one last time. The Essentials is an ongoing series about the ten, in no particular order, albums I would grab in such a similar situation.

I wish I could say it was The Clash or The Ramones or Fugazi that got me into punk rock, but because I was raised in the suburbs of Golden, Colorado I got into punk like many middle-American suburbanites my age, it was Green Day and the Offispring that ignited the punk rock flame. While these bands got me to the party there was one band that made me want to stay and check it out more, and the band was Rancid.

I was in the sixth grade when Green Day dropped a dookie on America and broke big, but it would be seventh grade when I met a kid named Levi. Levi had more punk rock knowledge than anyone I knew at that point, maybe it was because of his older sister, I don’t know. But Levi gave me Rancid’s …And Out Come the Wolves, and I have never looked back since. In a later Rancid song, Lars sings, “I heard GBH/I made a decision/punk rock is my religion.” If I could replace “GBH” with “…And Out Come the Wolves” then I could use that to describe what happened that day.

…And Out Come the Wolves starts with the sound, off in the distance, of a train rolling in, then kicks the door down with some in your face punk and then a minute in you’re treated to probably the greatest bass solo to ever grace speakers. But really it’s ten songs later with “Journey to the End of the East Bay,” where we get the full view of Rancid’s devotion to the bass. Whenever I hear that bass intro there is a calm that washes over my body. I know that for the next 3 minutes and 11 seconds there is no bad in the world. Nothing matters as I nestle into a sound cocoon.

It’s not just the great bass playing of the record. There is a nice variety of street punk, pop punk, and ska. The sort of sound Operation Ivy was known for, as well as something reminiscent of The Clash. So much so that one review of this record compared it to The Clash, saying it was less political and more personal. In the punk realm that is a huge compliment, and one that I have always liked. It’s that personal aspect that has drawn me into Rancid. I feel like I know these guys merely from their songs. The reason I enjoy punk rock so much is the ability I have to relate to it due to bands singing about the personal like this. Combine that with a blend of punk and ska; the upbeat and the mellow and this exists as a record perfect for any moment in my life.

This year marks the 20th anniversary of the album. To celebrate, Rancid has decided to play the whole album, start to finish, at several shows. One of these happened to be the Denver stop of Riot Fest. I got to experience this whole thing live. Leading up to the show I was a bit apprehensive. Rancid tends to play many of these songs live anyway, and I was ready to see a bunch of other songs. I admit that I was really into the concept of bands playing whole albums live, but now I have become bored by the gimmick. But as I stood among the crowd waiting for Rancid to take the stage, knowing exactly what was coming, I got really excited. And an hour later, after my voice was shot from shouting along to every single word, I was so happy it was an experience I got to have.

Unlike the other albums on my essentials list, so far, this one comes from a place of pure joy and always takes me to that place and beyond. It was one that got me into the punk rock. It was the one that introduced me to Tim Armstrong, and thus all the things he would touch. This record is largely responsible for this love of music I have developed. For the desire to hear more and see what else is out there. To learn what albums inspired other albums and artists. This album will journey with me to the end. 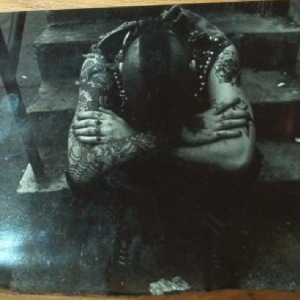 See ya in the pit…

One thought on “The Essentials: …And Out Come the Wolves”