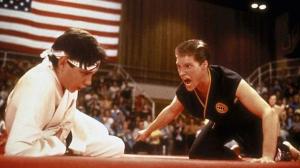 There is a theory out there that every role Samuel L. Jackson has played since Pulp Fiction is just the things Jules has been doing since he decided to walk the earth. Which is fun to think about. Like he’s a bad ass version of Forrest Gump. But if you consider this idea when Vincent and Jules are in the bar before they hand the case over to Marcellus, you will notice Jules has his eyes locked on Butch. It’s almost as if this is the moment when he realizes that man is unbreakable. What a disappointing follow-up that movie was to The Sixth Sense. Here’s to hoping the weekend is a better follow-up to your week.

If this past week of social media is any indication, then these next few months are gonna be ugly as shit. I don’t care for that. I don’t want to be a part of that, and I sure as fuck don’t want to add to that. So I vow that all my posts for the rest of 2016 will be light-hearted. They’ll be either promotions for whatever dumb shit I’m writing here, maybe some sort of performance I have going on (Catastrophe! is being screened at Denver Comic Con on Sunday, btw), or some stupid thought about a 15-year-old sitcom I’m watching like I posted earlier this week. I vow to have more fun going forward and hope to bring a smile or a chuckle to others and a reminder that the world isn’t always terrible. So in that vein I want to offer this band, turned on to me by Jon, The Struts. For more information, here’s Drew Magary’s take. Here’s to fun!

Remember that time 50 Cent (Fiddy) threw out that awful first pitch? If you don’t, here it is. Even if you do remember, watch again because it’s hilariously bad. Well, not to be out done, Snoop Dogg took the mound in San Diego and also threw a terrible first pitch. Guess we can go ahead and replace those double g’s with a BB. What is it with those rap guys anyway? No, seriously what the hell? Too much gin and juice in the club? They’re both protégés of Dr. Dre, did he do this to them? Should we expect the same when Eminem throws out a pitch at a Tigers game?

If you’re not familiar with the name Chef Steven Reed, you need to be. He’s about to take the world by storm with his gourmet cooking videos. This is the recipe he’s best known for, and I’m sure you will be blown away by just how simple, yet tasty, his recipes can be. Even if the recipe is not your cup of tea, because of allergies or veganism or whatever, his charisma is equally as spicy. I will never grow tired of this video.

Here’s the thing about being an artist, there are always going to be people trying to get rich off your creative abilities. The worst offenders of these are often record companies. Though there are many changes happening in that industry designed to benefit the artist. But there are still giant pieces of shit as well. The hey-day of diabolical record companies had to be in the 60s, and Delta was king of questionable behavior. Most notably creating a band to tour the songs of the Zombies, who had broken up. It’s a ballsy move, and eventually blew up in their faces, because of course. Part of that made-up touring Zombie band were 2 men who would go on to find success as sharp dressed men.

Not all record companies operate like the big guys seeking profits. Some, like Asian Man, still put the artist first, mostly because the guy in charge used to be in a band and just gets it. I emailed Mike Park a couple of years ago because he put on a ska show in the parking lot before an A’s game and I was thinking about a weekend trip to see an A’s game and wanted to know if he’d be doing it again. Ska and baseball all in one spot? Yes, please! He responded himself and was the nicest dude. Just one of the many reasons to support him and Asian Man records. Also he was in a band called Skankin’ Pickle. That’s just delightful. As is their song about Degrassi High.

Speaking of ska, and great segues and clichés about segues, I wrote about a ska album on Monday from a little band called Less Than Jake. And it just so happens I have an article here where Roger Lima, bassist and co-vocalist for Less Than Jake, ranks all the Less Than Jake records. Spoiler, we both have the same number 1. I think this means we’d be friends. Until he started sleeping nightly on my kitchen floor. And he does have a penchant for ruining friendships, or so he says.

Sugar Land, TX, aside from sounding delicious, is now the home to a statue depicting two women taking a selfie. Some people are upset about this. I find it fitting of the times. From what I understand, the sculptor had asked the models to put their phone down several times before saying fuck it and just sculpted what was there. I find it amusing and look forward to seeing the selfies at the selfie statue. Face it, we’re phone obsessed and if you need more proof than a selfie statue, how about traffic signals on the ground? You’ll never have to look up again. No more incidental eye contact or seeing the world around you. You’ll miss out on the Wonka-like magic that I assume accurately describes Sugar Land, TX. 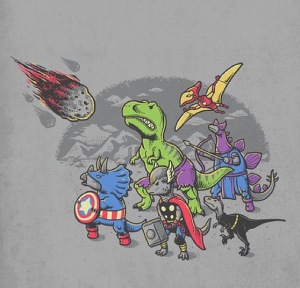 I’m going to spend the weekend at Denver Comic Con. One of my favorite weekends of the year. Since I assume most of you will not be there as you have families to attend to, and real world obligations, or you just can’t be bothered to get sucked into another debate about which one of the Doctor’s companions is the best; I will bring some of the Con to you. This is my DCC16 section of Happy Friday.

Months ago, I shared my ranking of super hero movies. The Reel Nerds felt it was time for a reboot and have also published a list. Theirs is more comprehensive as they ventured outside of just Marvel and DC, and they added ones I forgot like Big Hero 6, and ones that have been released since my list was published. Whatever, I still did it first! At least we all agree that Spider-Man 2 is the best super hero movie.

Most of those movies feature an appearance by Stan Lee, because why not at this point. You better believe the day these blog posts are optioned to be made into major motion pictures I will ensure a contract to pop up unnecessarily in them. But the real question for Stan “Marvel Comics” Lee, does he agree Spider-Man 2 is the best super hero movie?

I’m 33 years old. I have no children. I live alone. From where I sit as I type this I can see at least a dozen different toys. There’s Ghostbuster Legos, there’s Muppets as Star Wars, Bender, Road Warriors Hawk and Animal, just to name a few. I am not ashamed of toy collecting. Nor should I be, and you shouldn’t either. This woman kept her toy collecting a secret from her husband and when she finally told him she was shocked to hear he also collected toys. So in the spirit of Denver Comic Con, embrace your inner geeky child.

Are you a really sweaty person? Yes? Gross. Stay away from me. I actually don’t give a shit. It happens and it’s probably helping you. Also, I’m a pretty sweaty person as well. Turns out the amount you sweat has some link to how much you sweated as a wee child. Putting the sweat glands to use early got them engaged and got them ready to possibly over work in adult life. Also, apparently sweating has some healing powers. Like Wolverine and shit, only not quite. Go ahead and Google that. Oh, and heads up, your browser history and search terms could be helpful in early detection of pancreatic cancer. Your search history could save your life so you can continue to search for…what’s that say…well, ok…not for me, but it’s your life and enjoy it how you will.

I’m not really a gamer. I got a PS3, after the PS4 was released. I got it mostly to play Lego Batman 3. But I do enjoy getting wrapped up in a game from time to time. I also find certain games, specifically fighting games, are great when you find out your girlfriend had been cheating on you, which leads to a giant fight and break up, and she leaves and all you want to do is take out some aggression. So you throw on Def Jam Fight For New York and proceed to beat the hell out of Busta Rhymes or Ludacris or Henry Rollins. Hypothetically. The Def Jam fighting games dominated our college house, and I ain’t even mad at that. They were so much fun and so ridiculous in the best way. It was the perfect game to star rap guys. Much better than a baseball game. I’m going to have seek this game out now. Sorry, DCC, but something’s come up.

No more time to be gherkin around. I won’t relish in these puns any longer. 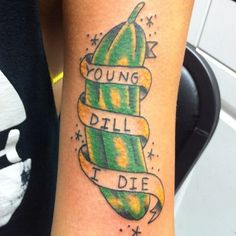 Happy Friday! Enjoy the weekend, everybody!