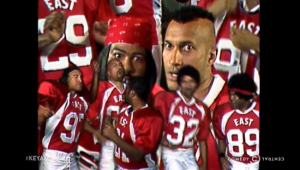 It’s sportsball championship game weekend. I honestly don’t know what words I’m allowed to use without incurring the wrath of the country-wide sportsball association (CWSA). The match features my hometown team, the Mile High City Donkeys, and I always like watching sports more when I’m rooting for a team rather than just rooting against one. Last year I wasn’t so much hoping the Pacific Northwest Oceanbirds won, but rather the Boston Nationalists lost. But there’s still some time until the game, so you can either have fun with synonyms like me, or you can enjoy some of the fun the internet has to offer. Think of these links as the extra point to the touch down that is the weekend. I know I ran out of synonyms there. I’ll work on it.

This Sunday you can watch Denver be represented in sports. Then on Thursday you can watch Denver be represented in sitcoms. TruTV’s new show, Those Who Can’t, comes from the minds of Ben Roy, Andrew Orvedahl, and Adam Cayton-Holland, collectively known as the Grawlix. And these very funny men hail from Denver. I have a ton of hometown pride, especially when it comes to the arts, so I am super excited for this show. Here’s a couple small pieces to give you a quick insight to the Grawlix and Those Who Can’t. Then be sure to watch the premiere on February 11th.

Remember being a kid and having to eat something terrible like cauliflower instead what you really wanted, like cake, and you just imagine the day when you were an adult and you could decide what you would eat, when you would eat it, and how much you would eat? Then you become an adult and you realize an entire cake was never meant to be eaten by one person in a single day. Then it dawns on you your parents were teaching you healthy eating habits for a reason. But still, sometimes ten days of ice cream sounds like it would be amazing. Also, if you see me eating nothing but cereal for 10 days straight it’s because I’m doing scientific research and not because I have a garbage diet and am manipulated by cartoon spokespeople.

One of the best days of the year is CJS Derby Day. For a sports event that lasts approximately 2 minutes, we are able to get a whole day out of it because there is much more coverage than there ever needs to be. Why is there so much coverage? Is it because we have more channels and air time than we actually have programming for? Yeah probably. But it also has something to do with “Downtown” Julie Brown, and MTV trying to get some of that fat Super Bowl cash back in the nineteen hundreds.

Billy Madison, Happy Gilmore, Big Daddy, and The Wedding Singer are decent Adam Sandler movies. Ones that I will still re-watch should I stumble upon them on during some lazy Sunday afternoon. Otherwise I can’t imagine watching any other Sandler movie where he is the main character. But then again I have standards. Low standards are still standards. Youtuber Uniballer doesn’t have such standards. He may actually have mental problems; a few prawns short of a galaxy, as the saying goes. He watched all of the Adam Sandler movies, including the ones released by Happy Madison productions that he’s not even in, and created an intricate web showing how they all connect. My biggest issues, other than the obvious, is trying to force the Reign Over Me connection, and the exclusion of Airheads. Compared to Airheads, every other movie Sandler has been in might as well have been Pip farting on a snare drum.

You often hear stories about the awesome conversations people have when they’re high or drunk, but there’s not enough talk appreciation for conversations had while hung over. There is one that has stuck with me for years now. Jamie was telling several of us about someone we knew from high school who used to call binder clips ”bacta-fighters,” (no idea if I spelled that right) and he would create these elaborate scenarios where the clips would be little flying ships engaged in intergalactic dog fights. It was like border-line Star Wars fanfiction acted out with binder clips. I still catch myself about to call them bacta-fighters in a professional setting. But as amazing that all was to the four of us, it apparently isn’t good enough for the Japanese, as it’s absent from this video.

Near the end of National Lampoon’s Vacation Clark asks Roy Wally how he would feel if he drove across the country only to find they closed Florida. Roy says they don’t close Florida. That is unfortunately true. But you could drive across the country to Niagara Falls only to find out they turned them off. Yeah, apparently New York thinks they can do anything and will be turning off Niagara Falls. That’s why I visited on the Canadian side.

Have you ever been building with Legos and suddenly think, “how many Lego bricks would it take to build a bridge capable of carrying traffic from London to New York? And have that many bricks been manufactured?” If you answered yes, then have I got a book for you. If you answered no, that’s understandable, but aren’t you curious about it now? What If? Serious Scientific Answers to Absurd Hypothetical Questions by Randall Munroe is by far the best science book I have ever read and I’ve read, like, two science books. I don’t have the space here to answer the Lego question (it’s more than 20) so you should just get the book. If you need more convincing, here’s an excerpt, question and answer, titled “Space Jetta.”

Quick programming note. Next week I will have a new article everyday all connected to a central theme (except Friday. That’ll still be Happy Friday, only with pictures to match the theme, probably). The first of what I’m calling a “theme week.” Tune in on Monday to learn what the theme is. 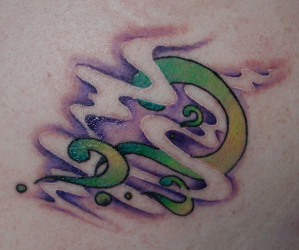 Ugh, I still don’t have good synonym for touch down.